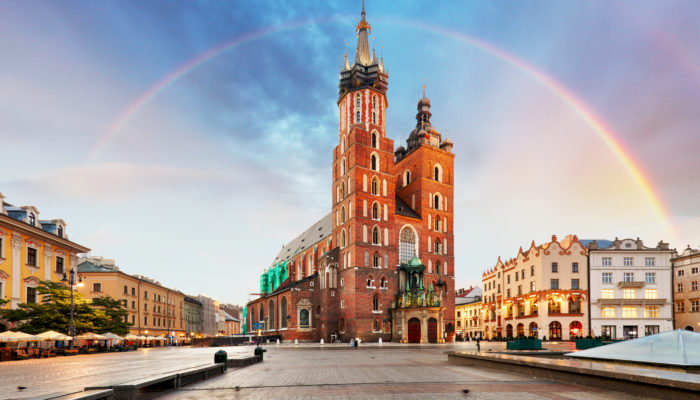 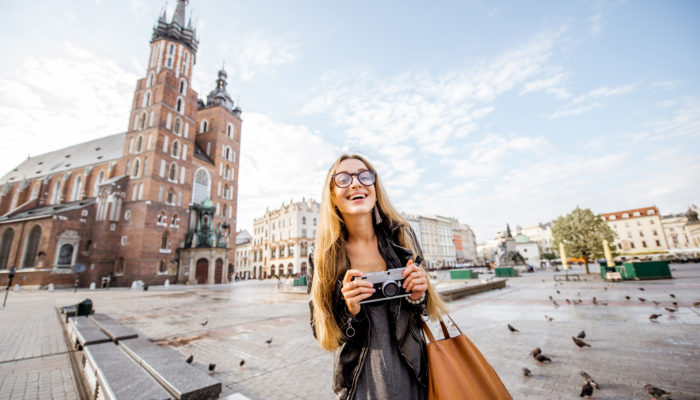 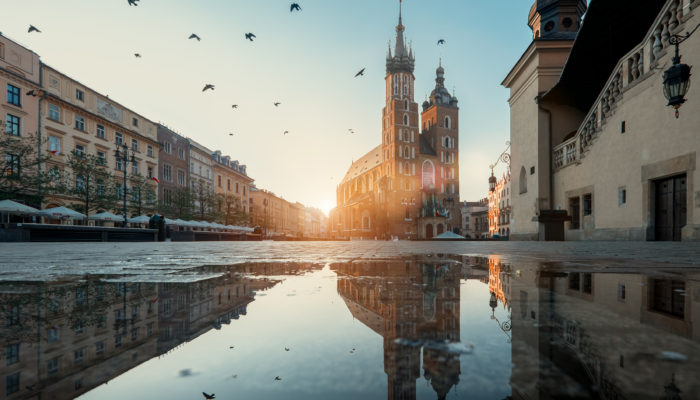 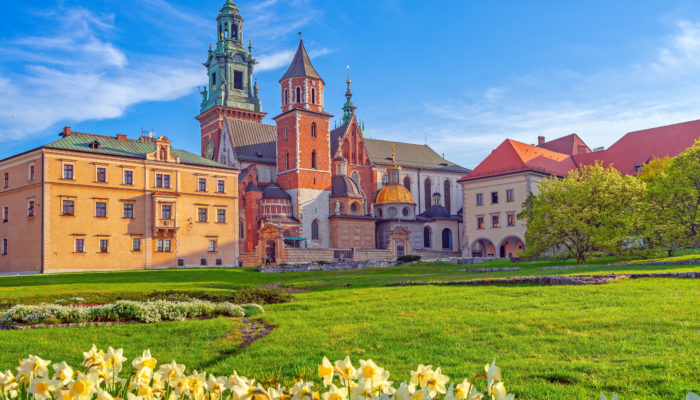 Krakow, Poland’s former capital, is one of Europe’s most splendid towns. In the 14th and 15th centuries, this city became a major center of Jewish religious and academic life after the country’s rulers accepted Jewish refugees from other countries. At the end of the 15th century, Jews were expelled from the town and forced to settle in the nearby suburb of Kazimierz, now part of Krakow. The buildings in this town still remain intact, including the Alt Synogogue, which houses the Museum of Jewish History and Culture. Nearby is the famous Remuh Synagogue, where Jews still worship today, and the Old Jewish Cemetery. The marketplace of Krakow is surrounded by antique burghers’ houses and splendid palaces. The castle and cathedral atop Wawel Hill, former seat of Polish Kings, is a treasury of priceless art collections of great significance to the culture of the Polish nation.

Arrive in Krakow, transfer by private car to your hotel.

During your full day of touring by private car with private guide, visit Wawel Castle, the former seat of Polish Kings from the mid-11th to the early 17th century, which is now filled with works of art. Continue to the 14th century Jagiellonian University and see its pride, the Italian-style arcaded courtyard. Walk up Grodzka Street to the heart of Krakow – the Main Market Square, Europe’s largest medieval market square, with its famous Cloth Hall, originally constructed in the 14th century and later rebuilt in the Renaissance style.
Continue to Kazimierz, the former Jewish section of Krakow, where the original buildings still remain intact. Stop at the Alt Synagogue, now the Museum of Jewish History and Culture. Visit the ancient Remuh Synagogue, where Jews still worship today, and the nearby old Jewish cemetery.
The rest of the day is at leisure.

Depart on a 6-hour private car tour to Auschwitz (Oswiecim) – the most notorious Nazi concentration camp. Visit the museum and Block #27. The fortified walls, the barbed wire, the platforms, the barracks, the gallows, the gas chambers and the cremation ovens all bear witness to the conditions within which Hitler’s genocide took place. Auschwitz-Birkenau was the most extensive concentration camp of the Third Reich, in which four million people were systematically starved, tortured and assassinated, a symbol of the cruelty of man to his fellow men in the 20th century. Afternoon return to Krakow.

Transfer by private car for departure to your next destination.