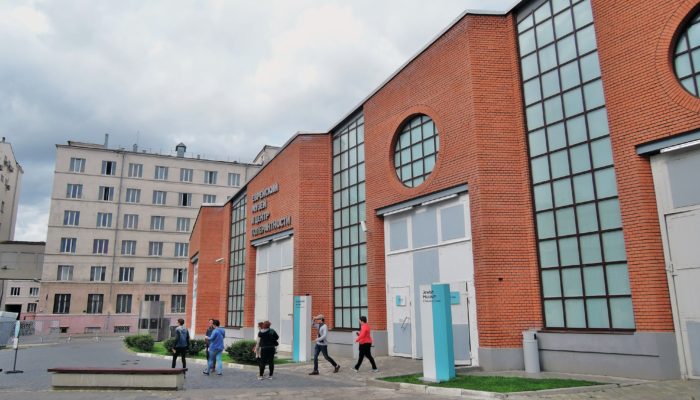 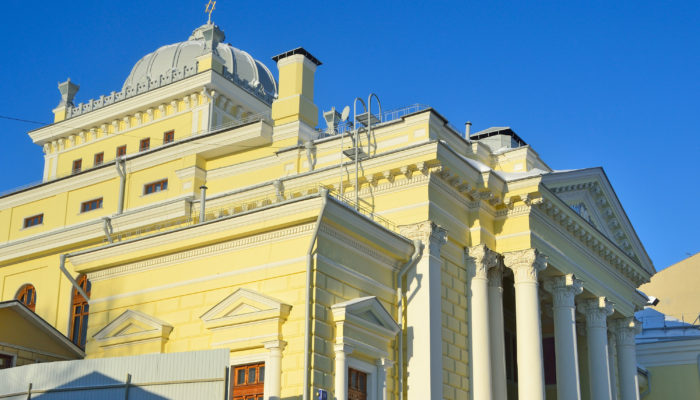 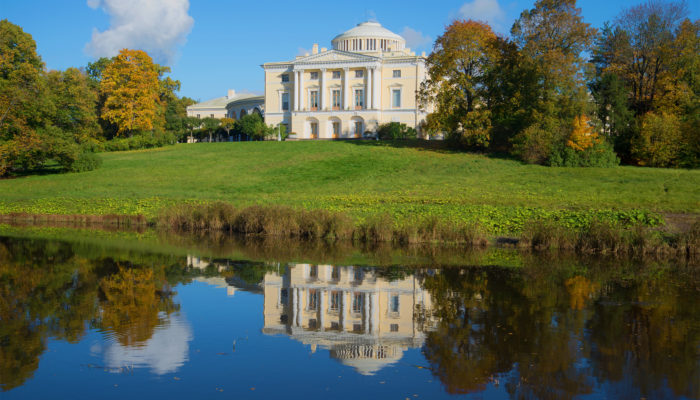 5 Night Accommodations at your choice of hotels

Arrive in Moscow, capital of Russia, pervaded with the unique atmosphere of the Old and New, of ages-old solidity and recent uproar, of a deeply rooted cultural heritage facing the onslaught of the latest Western life-styles. Transfer to your hotel.

This morning’s panoramic city tour encompasses Red Square, St. Basil’s Cathedral, with its onion-shaped domes, the Historical Museum and the GUM Department Store, one of the world’s largest. Continue to Tverskaya Street, Okhotny Ryad, Teatrainy Square and the Moscow State University.
After time for lunch on your own, visit the Moscow Choral Synagogue, one of the most beautiful synagogues in the world. Drive to the Jewish Museum and Tolerance Center, large and engaging museum dedicated to the complex history of Russian Jewry. It is thoroughly modern in approach, favoring personal testimony, archival video footage and interactive displays — all translated into Russian and English. Those expecting to find just a stark representation of pogroms, holocaust, hardships and suffering will be pleasantly surprised to find Russian Jewish history presented as something much more complex, filled with both struggles and achievements. (B)

In the morning, tour the fascinating Kremlin to see the grounds, and within its walls, the palaces, cathedrals and towers including the “Ivan the Terrible” Bell Tower. View the 40-ton Tsar Cannon cast in bronze in the 16th century. Visit the Armory Museum, where the Czar’s treasures are displayed.
Afternoon at leisure. Time to stroll famed Arbat Street for the best and best prices for antiques, souvenirs and Russian handicrafts. Have your portrait drawn by a street artist, watch jugglers entertain or listen to a jazz band. (B)

Transfer to the rail station for a comfortable and efficient ride by a high speed train – Sapsan. Sapsan train derived its name from the fastest bird in the falcon family. Designed by Siemens AG it can reach the speed up to 250 km/h and is perfectly adapted to the harsh Russian climate.
Arrive to beautiful St. Petersburg, known for 70 years as Leningrad. This city, originally conceived and planned by Peter the Great as Russia’s “Window on the West” is built on 101 islands, connected by lacy and elegant bridges. Its many palaces, once homes of the nobility, have pastel-colored facades which add to the charm of this lovely city near the Neva River.
During your afternoon panoramic city tour you will get acquainted with one of the most beautiful cities in the world. Founded in 1703 by Peter the Great, Saint Petersburg remains one of the most romantic cities in Russia. Among the many poetical names applied to St. Petersburg, the most common are “Venice of the North”. Drive past Nevsky Prospect with its fascinating palaces and cathedrals. Cross beautiful bridges over Venice-like canals. Enjoy spacious squares and wide streets decorated with edifices of flourished baroque and impressive classical styles, monumental sculptures and lacy iron grilles. The special spirituality of this city infects everyone who visits it. View the bronze statue of Peter the Great; St. Isaac’s Cathedral, one of the largest domed buildings in the world; and the extraordinary Winter Palace on the banks of the Neva river which houses the Hermitage Museum. In 1991 the city was placed on the UNESCO list of world cultural heritage sites. St. Petersburg is Russia’s most popular destination, drawing visitors from all over the world throughout the year.
(B)

This morning, discover the Hermitage Museum with over three million exhibits. One of the largest art museums in the world, it boasts masterpieces by Leonardo Da Vinci, Raphael, Rembrandt, Monet, Picasso and Matisse. As the collection is housed in the lavishly decorated Winter Palace, you will have the opportunity to explore the rooms where Russian royalty lived.
In the afternoon, visit the Great Choral Synagogue, built in 1883 in a Moorish style and consecrated in 1893. It’s the second largest and second most architecturally elegant synagogue in Europe after the Dohany Street Synagogue in Budapest. Its cupola reaches a height of around 150 feet. You may be able to visit the Small Hasidic Synagogue and the Judaica and Kosher shop while on the premises. See the Kolomna Quarter and the Guensburg House which belonged to the famous banker and philanthropist Baron Horace Guensburg who was one of the major donors for the Grand Choral Synagogue and was the founder of the Jewish organization ORT. Visit the Ethnography Museum with its exhibit on the history and culture of Russian Jews as well as Jewish manuscripts. Also see the Jewish Community Center “MAOR” which is the center of Jewish life today. It accommodates the Jewish Family Center, a welfare organization for the elderly, Hillel and the Institute of Judaica. Late afternoon return to your hotel. (B)

Today’s excursion takes us to Pushkin to see the Holocaust memorial “Formula of Sorrow” by sculptor Vadim Sidur. It was erected in 1991 through the efforts of Russian and American Jews on the spot where Nazis killed the Jews in October 1941. Continue to the spectacular Palace of Catherine the Great, restored to its original splendor after severe damage during World War II. This royal palace ranks as one of the masterpieces of the world for its architecture and art. First built in 1710 by Peter the Great, it was given to his wife Catherine. Later on, it was enlarged and modified following the exquisite Baroque style of the famous Italian designer Bartolomeo Rastrelli. Until the Revolution in 1917, Catherine’s Palace was used as the summer residence for the Imperial family. It’s grandiose turquoise, white and gold façade stretches 978 feet. And its most spacious room, the Great Hall, covers 9200 square feet.
After a tour of this fairy-tale estate, stop at Pavlovsk Palace, with its extraordinary park filled with classical statues and temples. The palace was built for Paul, the son of Catherine the Great.
Before return to St. Petersburg, optional stop for a typical lunch with folklore show in the countryside restaurant before returning to St. Petersburg. (B)

Transfer to the airport for your flight back to the U.S. (B)