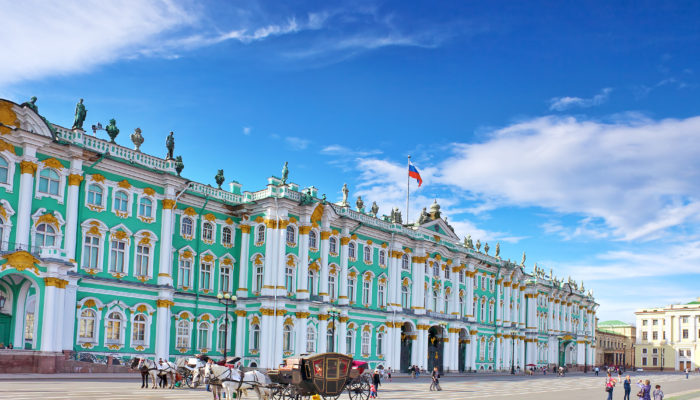 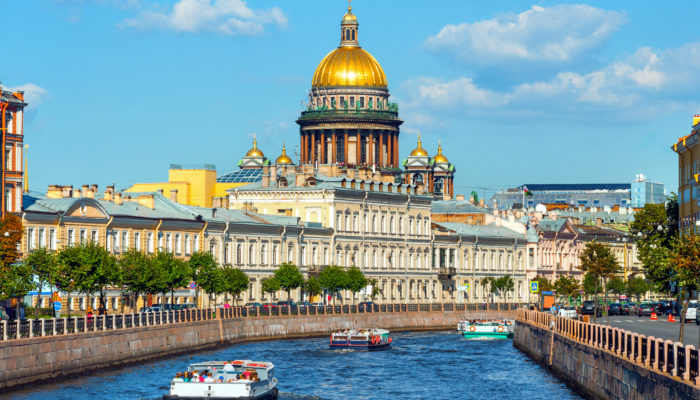 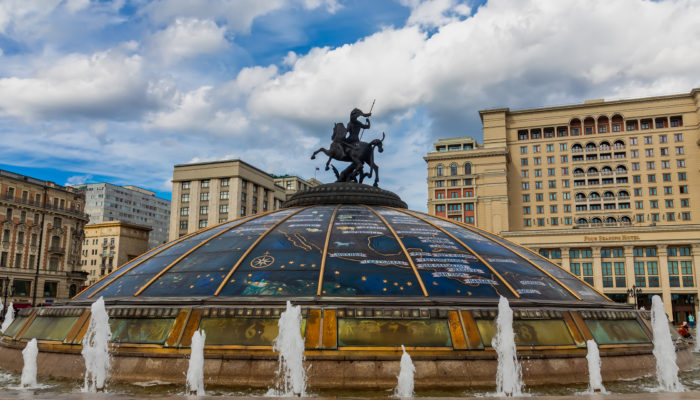 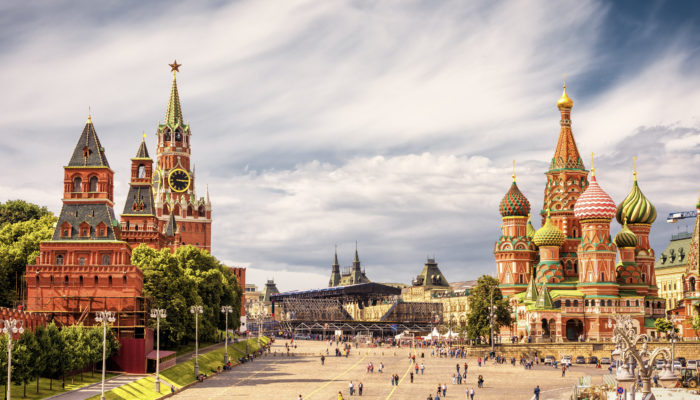 Arrive to Moscow. Transfer by private car to your hotel for a 4-night stay. The remainder of the day is at leisure.
Overnight in Moscow.

Morning half-day panoramic city tour by private car and guide gives you an overview of the most important sites in the city including: the University of Moscow, the Bolshoi Theater, Olympic Stadium, and the G.U.M. Department Store, one of the largest in the world. Continue to impressive Red Square and St. Basil’s Cathedral, with its vividly painted onion domes. Time for Lunch on your own.

Afternoon tour by private guide to the fascinating Pushkin State Museum of Fine Arts, one of the biggest museums of world art in Russia, and the most important after the Hermitage in St. Petersburg. The museum fund includes more than a half million names of works of art. The museum was open to the public on June 13, 1912. The present name was given to the museum in 1937 in honor of the anniversary of the Great Russian poet – Alexander Pushkin.
Overnight in Moscow.

Half-day visit to the Tretyakov Art Gallery, officially opened in 1892 as a public state museum thanks to a successful young Moscow industrialist, Pavel Tretyaskov. In pursuit of this high-minded goal, he began to purchase paintings, drawings, and sculpture, adjudged both on high artistic merit and on their place within the various important canons of their time. A visitor to the museum today will find works spanning the 11th to the 20th centuries, from sacred icons to stunning portrait and landscape art; to the famous Russian Realists’ paintings that culminated in the wanderers’ group; to the splendid creations of Russian Symbolism, Impressionism, and Art Nouveau. The remainder of the day is at leisure.
Overnight in Moscow.

Morning half-day walking tour by private guide to the 15th century Kremlin and its imposing Cathedral square. You’ll see palaces, cathedrals and the infamous Ivan the Terrible bell-tower. The highlight will be the special visit to the famous Armory Museum, which includes a vast collection of Imperial Russian treasures. Continue to the Diamond Fund, a world-famous collection of precious stones, masterpieces of 18th and 19th century Jewelry and platinum and gold nuggets. The treasures of the Diamond Fund are part of the national state heritage.
Time for lunch.

Afternoon visit the Moscow Metro, a system of public transportation and a work of urban infrastructure. The Moscow metro is an unparalleled example of architecture and design. The most grandiose architectural phenomenon of the Stalinist era, the vast system maps not only the huge ambitions of the Soviet State under Stalin, but records in amazing detail the ideological and artistic shifts that characterize the period. Today, with construction continuing, the Moscow Metro covers over 200 kilometers of track and serves 10 million people each day.
Overnight in Moscow.

Morning half-day tour by private car and guide to Novodevitchy Convent. This convent is a jewel in the crown of Moscow’s convents and monasteries. Its white walls, towers topped by festive coronas, the magnificent Smolensky cathedral and a beautiful bell-tower attract the eye of both Muscovites and tourists. Tranquil and charming today, the convent was often the center of many events in Russian history. It recalls Boris Godunov, Ivan the Terrible, Nicholas II, Napoleon and of course many Russian princesses and tsarinas who were imprisoned or took the veil here. Time for lunch. Check out of your hotel. Transfer by private car to the rail station for the departure on the express deluxe day train to St. Petersburg. Arrive in St. Petersburg. Transfer by private car to your hotel for a 4-night stay. The remainder of the day is at leisure.
Overnight in St. Petersburg.

Your morning half-day panoramic city tour by private car includes a drive past some of the city’s most famous sites: Nevsky Prospect; the bronze statue of Peter the Great; St. Isaac’s Cathedral, one of the largest domed buildings in the world; and the extraordinary Winter Palace, which houses the Hermitage Museum. Continue to the district of Colomna with the Choral and Hasidic synagogues; places associated with activities of Marc Chagall, Yasha Heifet, Leon Bakst. The remainder of the day is at leisure.

In the afternoon, half-day tour to the magnificent Hermitage Museum in the lavishly decorated winter Palace. One of the largest in the world, the museum boasts masterpieces by Leonardo Da Vinci, Raphael, Rembrandt, Monet, Picasso and Matisse. As the collection is housed in the palace, you will have the opportunity to explore the rooms where Russian royalty lived. Time for lunch.
Overnight in St. Petersburg.

Enjoy a five-hour excursion by private car and guide to Pushkin (Tsarskoye Selo), the splendid town where Catherine’s Palace is located. This royal palace ranks as one of the masterpieces of the world for its architecture and art. First built in 1710 by Peter the Great, it was given to his wife – Catherine the Great. Later on, it was enlarged and modified following the exquisite Baroque style of the famous Italian designer Bartolomeo Rastrelli. Until the Revolution, Catherine’s Palace was used as the summer residence for the Imperial family. It’s grandiose turquoise, white and gold façade stretches 978 feet. And its most spacious room, the Great Hall, covers 9200 square feet. After a tour of this fairy-tale estate, stop at Pavlovsk Palace, with its extraordinary park filled with classical statues and temples. The palace was built for Paul, the son of Catherine the Great. Return to St. Petersburg. The remainder of the day is at leisure.
Overnight in St. Petersburg.

This morning, depart to Peterhof by hydrofoil (weather permitting) – the summer residence of Peter the Great – with its palaces and numerous beautiful fountains and statues, a true “Versailles” by the sea. Founded in the very beginning of the 18th century by emperor Peter the Great not far from his new modern capital St. Petersburg, Peterhof was intended to become the most splendid official royal summer residence. Its wonderful parks, 176 fountains of various forms and styles and four cascades, majestic palaces, numerous gilded statues of ancient gods and heroes, remarkable collections of sculpture, paintings and works of the minor arts make Peterhof a veritable gem of Art, often called “Capital of Fountains.” Nowadays, because of unforgettable beauty of its fountains, parks and palaces, Peterhof has become for numerous Russian and foreign visitors the most attractive suburban royal park and palace ensemble of Russia’s former capital. Enjoy the superb complex of lovely gardens, cascading fountains and waterfalls. Return to St. Petersburg. The remainder of the day is at leisure.
Overnight in St. Petersburg.

Transfer by private car to the airport for your return flight.